Maybe an Example Would Help

Yesterday’s entry was probably a bit to dry and theoretical for some of you. Maybe you were also among those who found a flaw in the formula or were missing the definitions of the different variables. To take care of the latter two observations, I have republished a revised version of the illustration for yesterday’s entry.

For those that understand methods easier from looking at an example, here it is. Let us look at the list of opportunities our sales person Chris is currently working on.

Observant Sales Managers see right away, that there is a problem in this list. If today’s date is 09/07/2006 Deal 4 should no longer be in the list of deals Chris is working on. I will have to show you how the proposed formula for the rudimentary forecast treats such an opportunity.

Let us assume you have defined a funnel with 4 stages. Chris will now have to assign a sales stage to each deal. Here is how the list looks after this was done.:

This is now Chris’ input for your rudimentary forecast. To arrive at this forecast, you take your list of previously established conversion rates.

You want to forecast orders received for September 2006. Your forecast window is though from 09/01/2006 to 09/30/2006. According to our selection instruction on the top the illustration for the formulae presented yesterday, you thus have to exclude Deal3 and Deal 4 from your list. As we do not know why Deal3 is still in the list, the formula lets us take a conservative approach, that might lead rather to an understated than overstated forecast.

You now are ready to calculate the expected orders per 09/30/2006 as follows.

I hope this helped making things a bit clearer. I hope you also agree now that the formula looks scarier than it actually is.

Posted by Christian A. Maurer at Thursday, September 07, 2006 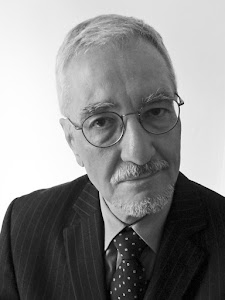